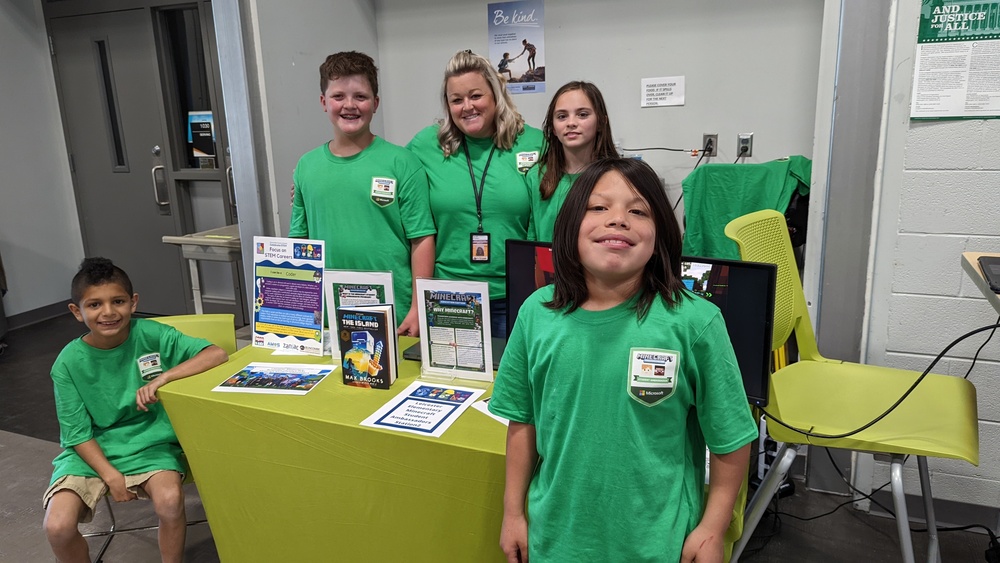 Minecraft is well known as a popular game for kids - akin to virtual LEGO - where players can use a variety of colored blocks to build various structures, objects, and even program intricate games or scenarios. The Education Edition further expands on the building aspect of the game, allowing kids to learn everything from computer science, history, science, and geography to sustainability and foreign languages by building virtual structures together. For instance, students may be assigned to build the Parthenon after learning about ancient Greece, use Minecraft blocks to create giant representations of cells for biology, or build and test bridges for engineering. At Leicester Elementary, students have formed a Minecraft Student Ambassadors (MSA) Club, which will teach students to train, support, and mentor fellow students and educators. This club meets in person and virtually, and it uses Minecraft to learn and engage with lessons in school. Their builds are then added into a national competition of students working with the same challenge.

“Anytime you can take a standard (in any subject area) and gamify the lesson you are going to engage students,” said blended learning coach and head of the MSA program at BCS, Haley Stamey. “Students love Minecraft so if we can use Minecraft to teach math or science why would we keep it locked up from students?”


Groups of MSAs from around the world met for a virtual meeting and build-off competition. They even got to meet with various members of the Minecraft development team to see how the game was made and how they work to make the program better - even getting some secret news the public doesn’t yet know about!


While Leicester Elementary is the first one of BCS’s schools to have this Minecraft Student Ambassador program, Ms. Stamey wants to open it up to other schools. If you want to start a program at your school, she can be reached at haley.stamey@bcsemail.org